In fact, the technology sector is actually further away from achieving gender equality than the economy as a whole. 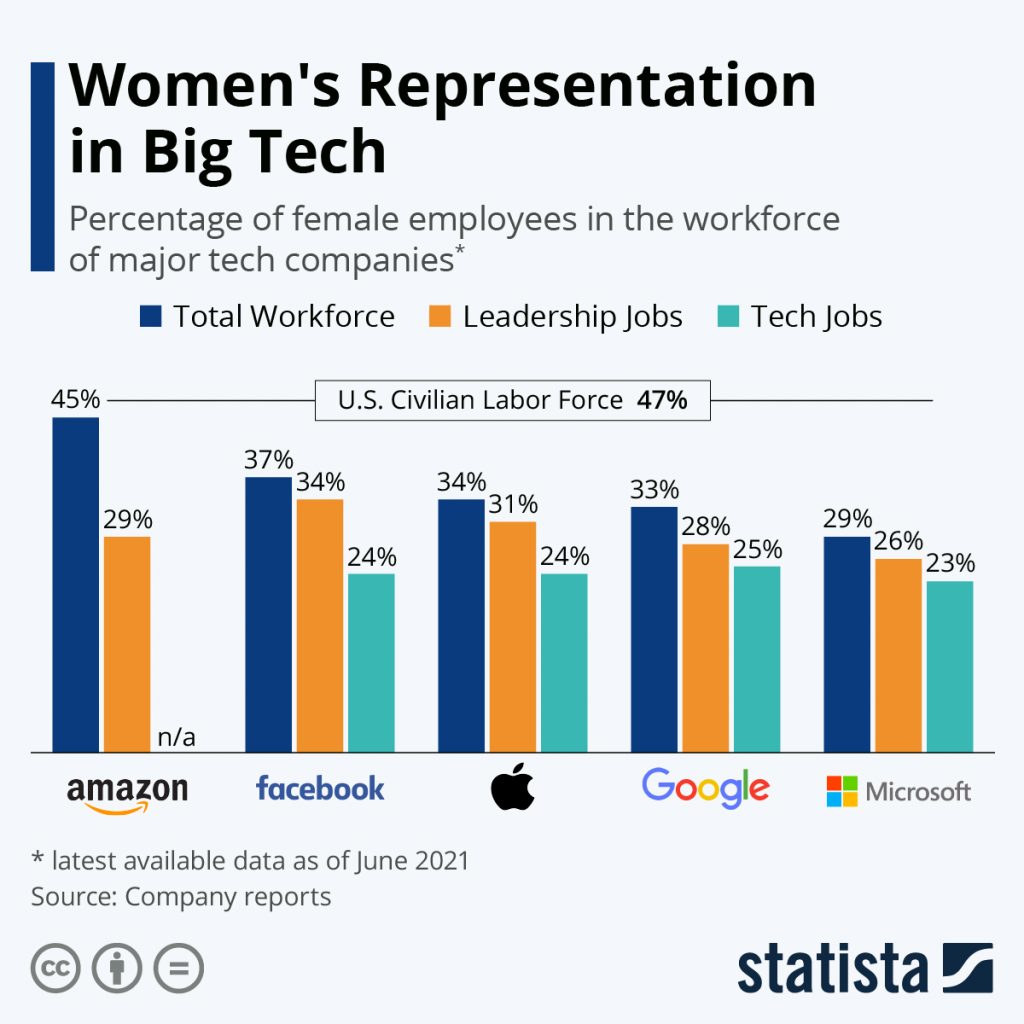 While the percentage of women in the United States labor force has gradually climbed to 47% over the past decades, it is still significantly lower in the tech sector.

As our chart, based on self-reported company figures, indicates, female employees make up between 29% (Microsoft) and 45% (Amazon) of the total workforce at America’s largest tech companies, the so-called GAFAM group.

Looking at actual tech jobs, that percentage drops much lower, as women take up fewer than 1 in 4 technical roles at each of the companies reporting such a figure (Amazon does not).

In terms of leadership positions, the status of women in the technology sector, as represented by its most prominent (and valuable) companies in our chart, is roughly on par with the rest of the economy.

According to the lastest available data, women hold 26.5%  of executive, senior-level and management positions in S&P 500 companies – a percentage many tech companies match or exceed, but one that is still far from parity.