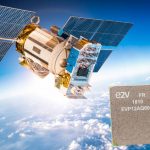 The satellite, named Lunar Pathfinder, will be vital for the planned return missions to the Moon.

Built by Surrey Satellite Technology Ltd (SSTL) and supported by £11.6 million in UK Space Agency funding via the European Space Agency (ESA), the satellite will also allow greater freedom for rovers operating on the far side of the Moon, allowing them to manoeuvre out of sight of their lander.

Due to the proximity of the Lunar Pathfinder spacecraft to Earth, the service will also facilitate missions on the near side of the Moon, providing customers with faster transfers of data while keeping their costs down.

In May 2021, the UK Space Agency announced that SSTL, along with Inmarsat and MDA UK, had been selected to lead a study under ESA’s Moonlight initiative. The study set out the infrastructure required for the consortium to deliver a constellation of Lunar communication and navigation satellites.