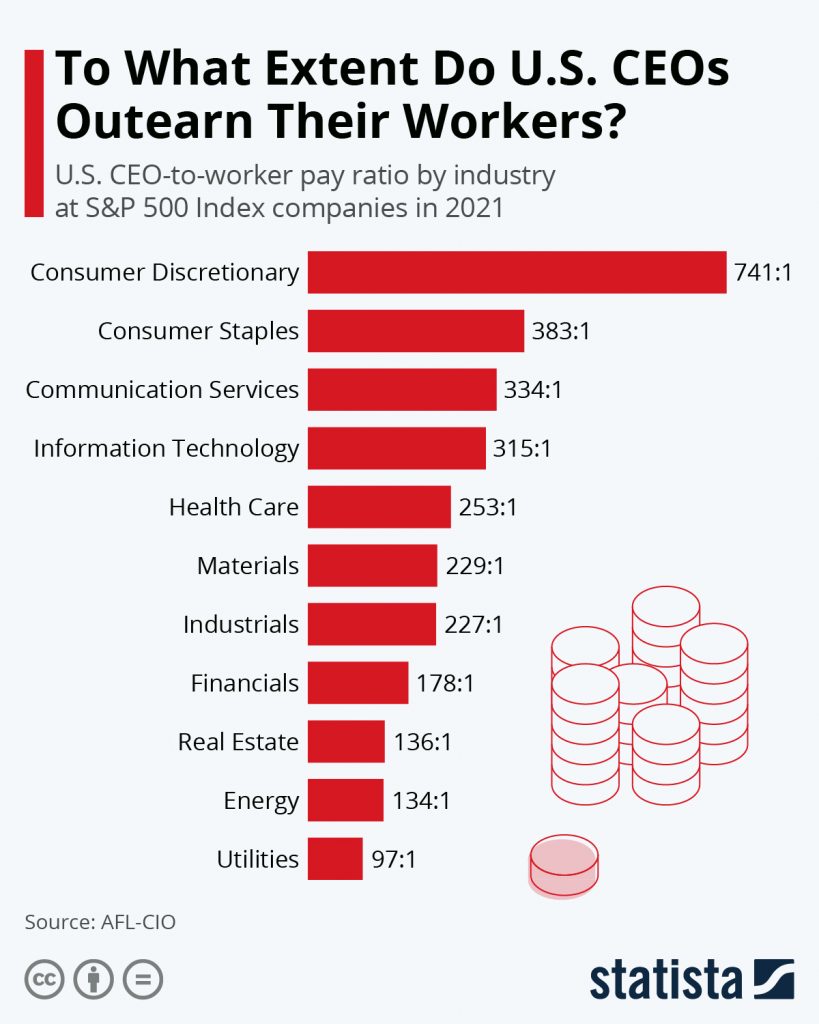 The outsize CEO earnings came amidst widespread job losses due to the pandemic.

It brings to mind the comment of the 1980s Wall Street CEO at a time when Japanese industry was held up as the exemplar of all that was admirable in the business world.

Told that, in Japan, a CEO could never get paid more than 40 times the pay of his company’s lowest paid worker, the CEO retorted: ”Behold the million dollar doorman.”