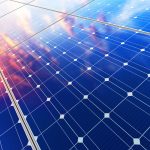 Group14 says it can produce 120 tons per year of its silicon anode material –  SCC55TM – from its , Woodinville factory which opened earlier this year.

Inobat says it has a faster development timeline than the industry norm using AI and High Throughput technology adopted from the pharmaceutical industry.

Inobat says its batteries offer 20% longer range than other car batteries. It aims to increase energy density to 330 Wh/kg and 1,000 Wh/I by the end of 2023. The company plans to build a €1 billion 10 GWh Gigafactory with the potential to provide 240,000 EVs with customised batteries in 2025.

Group14 also has a jv with SK Materials to launch a factory in South Korea, to provide an alternative source of Group14’s lithium-silicon technology.

How to check battery health on iPhone