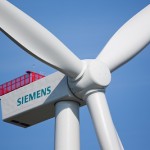 Today the government has announced a £260 million investment in offshore wind farms in the Humber region.

Siemens Gamesa will invest a total of £186 million to expand its blade manufacturing site located near Hull, creating and safeguarding up to 1,080 direct jobs.

As a result of the investment, the company will be able to manufacture the next generation of offshore wind turbines and blades greater than 100 meters.

This follows the announcement over £180 million of private sector investment from offshore wind manufacturers in the Humber and in Newcastle-upon-Tyne last month, and another £95 million from Government to create two new offshore wind ports on the Humber and on Teesside earlier this year – building the UK’s offshore wind capacity for clean electricity generation as coal power is phased out.

Best docking stations for MacBook in 2021

How Employee Insights Can Build Diversity and Inclusion in the Workplace