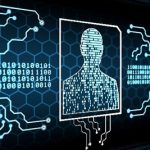 Plans to create a new system to create digital identities have been published by the government.

Digital identities allow people to easily and quickly prove their identity, such as when buying a house or starting a new job, without the time, effort and expense currently involved when using a physical document.

The technology, which can take a number of forms such as a phone app or other web-based service, has many advantages over paper documents.

For instance, 220,000 cases of personal data abuse and impersonation were recorded in 2019. Digital identities could help reduce these cases as they are much harder for fraudsters to access and replicate.

They also boost privacy by restricting the personal information an organisation sees to precisely what is required. For example, someone buying age-restricted goods would be able to prove they are over 18 without needing to disclose their date of birth, name or address.

Today the government launched a consultation on proposals for a governing body charged with making sure organisations follow government rules, developed with industry and published in draft form earlier this year, that allow digital identity companies to prove they adhere to the highest standards of security and privacy.

The body – which could be housed within an existing regulator – would have powers to issue an easily recognised trustmark to digital identity firms which certifies that people’s data will be handled in a safe and consistent way. It will work with organisations to take proactive action to prevent and enable the detection of fraud and security incidents, as well as encouraging inclusion.

Digital identity will widen access to legally valid forms of identification for people who currently find it difficult to prove something about themselves. For example, if someone does not have access to an official document, such as a passport, they may be able to prove their identity digitally through another government service, or other means such as a voucher from a doctor or other trustworthy source.

To ensure digital identity products are available to as many people as possible, businesses will be required to report annually to the governing body on which users are excluded from using their services and outline what is being done to mitigate this.

Equally, digital identity use will not be mandatory and people will retain the option to use available paper documentation.

It also suggests new powers to allow digital identities to be built on a greater range of trusted datasets – such as those managed by the DVLA, or the General Register Office which are responsible for birth certificates. It proposes allowing digital identity businesses to ask government authorities to confirm whether a piece of information, such as someone’s age or address, is valid and matches their records.

Just as the government is committed to not making digital identities compulsory in the UK, it also wants to ensure that people in the future are not forced to use traditional identity documents, if these are not strictly required.

The consultation sets out how the government can build confidence in digital IDs so they have a similar status in law as physical proofs of identity that businesses and individuals already trust.

The consultation is open to any member of the public and closes on 13 September.