We have already seen Firefly’s RK3566-based mini-computer that was designed to compete with the powerful Raspberry Pi 4. With support from the community, Firefly has now released a new mini-PC, Station M2 based on the high performance, low power powerful Rockchip SoC, RK3566 that can now run Linux or Android. The board also supports 8GB RAM and 128GB eMMC storage for the user to play high-end applications on this tiny mini-PC.

The SoC features a quad-core 64-bit Cortex-A55 processor, clocked up to 1.8 GHz frequency along with the Mali-G52 GPU. The ultra-compact mini-PC is a successor to their Station M1 mini-PC that was launched last year and built around Rockchip’s RK3328. The station M1 was not as powerful as this release as it came with only 2GB/4GB RAM and 16GB storage.

Some of the key upgrades to Station M2 include the addition of an M.2 2242 slot for NVMe SSDs and also support more SPI flash storage of up to 16M. In terms of wireless connectivity, the Station M2 gets faster dual-band Wi-Fi 802.11 with Bluetooth 5.0. Also, as mentioned earlier, the successor Station M2 now comes with a configuration of 8GB/128GB. 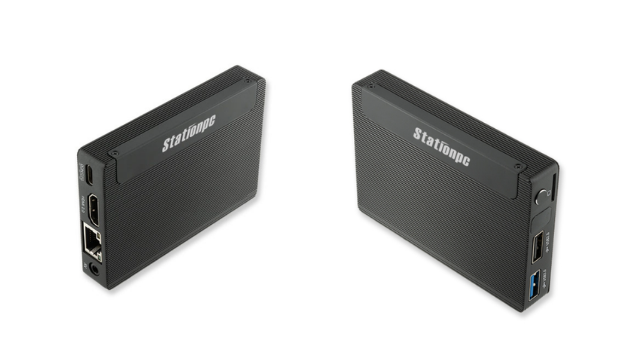 The Station M2 mini-PC interestingly supports several OS including the Station OS that offers a variety of applications and seamless switching between the desktop and media modes. Along with this, the hardware also supports Android 11.0 and Ubuntu 18.04 which is the most stable Linux Distro. With HDMI 2.0 onboard, users can take advantage and live stream video files using video decoding H.265 and 8GB RAM.