On current trends Christians will remain the largest religious group by 2060 (32% of the world’s population), but Islam will experience the fastest growth, with an expected increase from 24% to 31% of the global population over the next four decades. 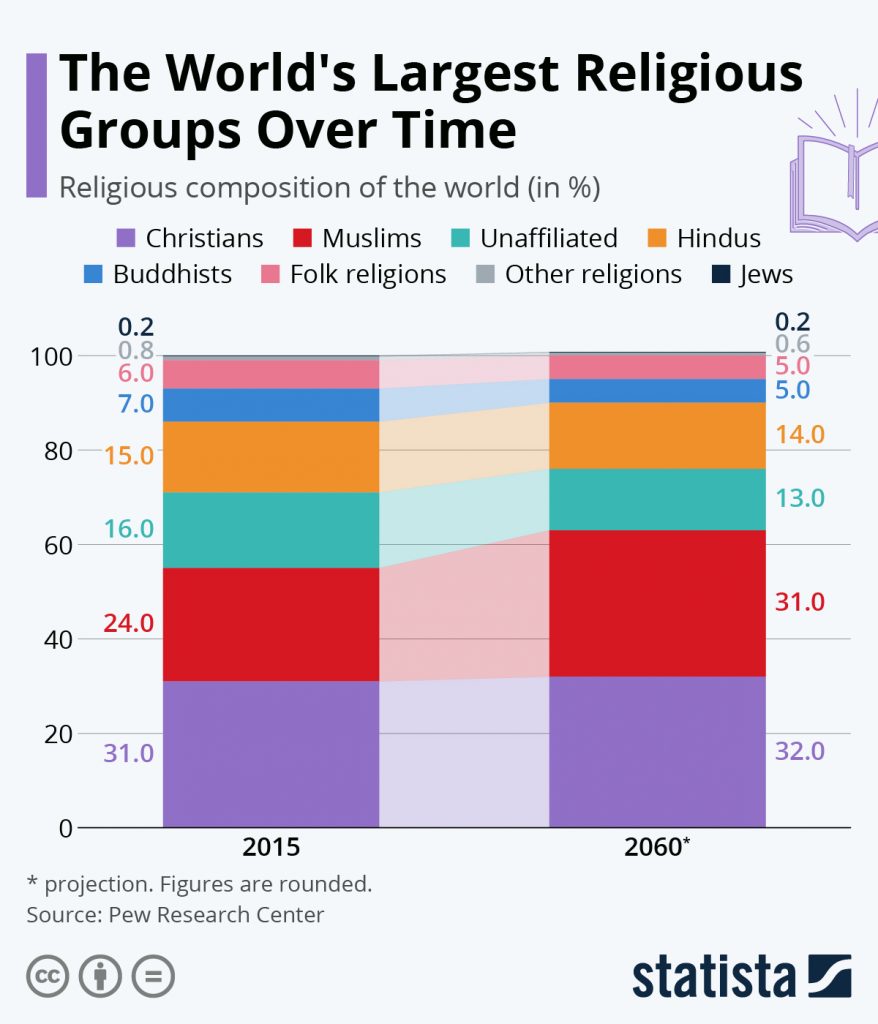 Fertility differences between religious groups are one of the key factors behind current population trends and will be important for future growth.

Globally, Muslims have the highest fertility rate of any religious group – an average of 2.9 children per woman, well above the replacement level of 2.1, the minimum needed to maintain a stable population.

This fertility advantage is one reason why Muslims are expected to catch up with Christians in absolute number and as a share of the global population in the coming decades.

The size of Hindu and Jewish populations is projected to remain at about the same level in 2060 as in 2015, while Buddhism will decline.

But it is the group of “unaffiliated” – atheists, agnostics and other people who do not affiliate with any religion – which is expected to see its importance decrease the most on a global scale, with a share that should drop by more than three points, falling from 16%!in 2015 to 13% ​​in 2060.