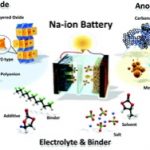 The Chinese Ministry of Information and  IT said earlier this week that it would create standards for sodium-ion cells.

The world’s biggest EV battery maker Contemporary Amperex Technology CATL) has said it will set up a supply chain for sodium-ion batteries in 2023.

The plusses of sodium-ion batteries are that they do not use rare metals, they are 30% cheaper to make than lithium-ion, they have a more stable materials procurement process, they perform well at low temperatures and re-charge faster than lithium-ion.

There are another 30 battery companies trying to develop sodium-ion batteries.

How to clear cache on iPhone — declutter your iOS device