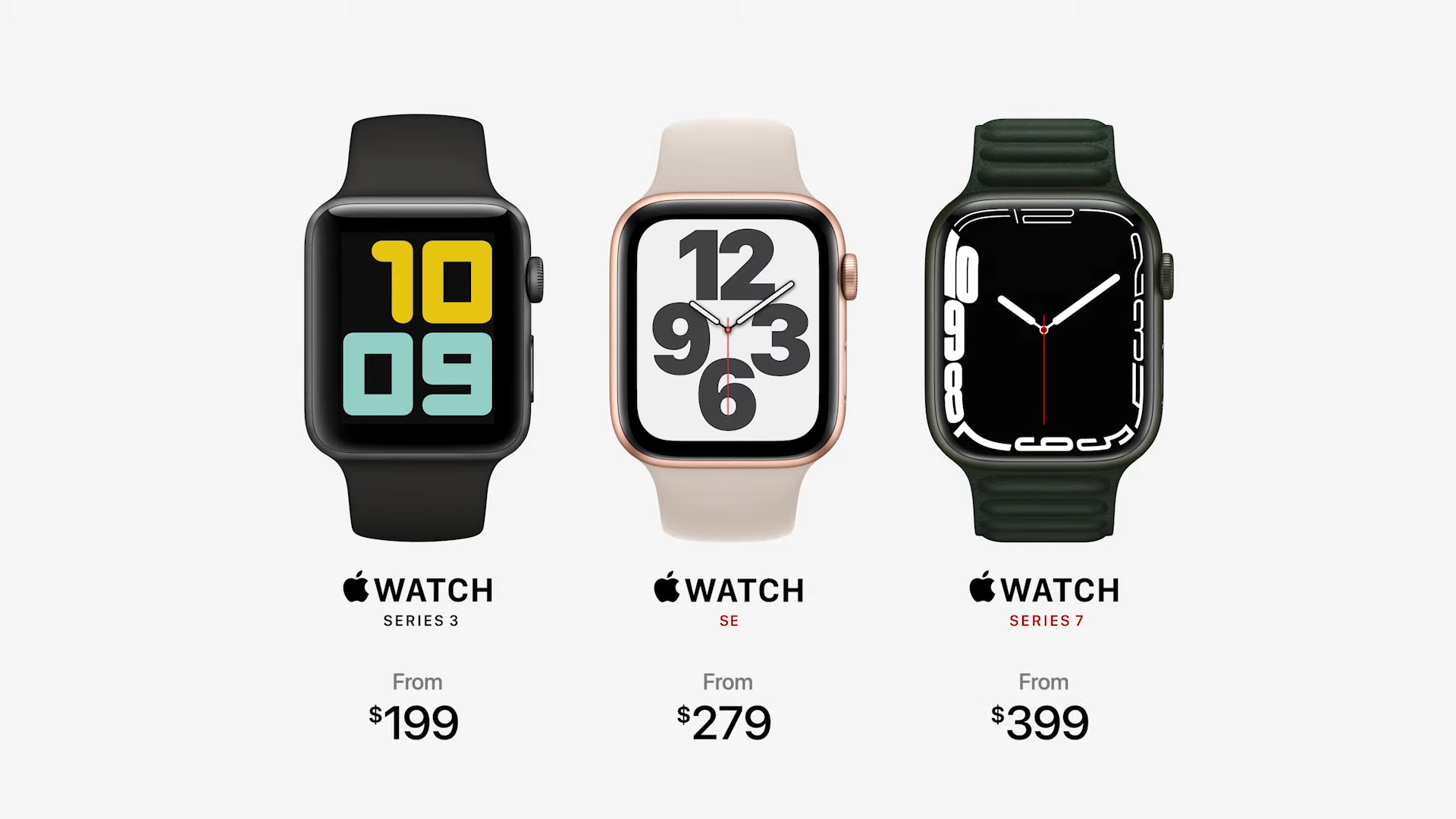 The Apple Event just unveiled the Apple Watch Series 7 and Apple WatchOS 8, which are slated to launch later this fall and start at $399.

Here’s everything new about the Apple Watch Series 7, and why you should update your watch to WatchOS 8 later this year.

The Apple Watch Series 7 features a larger always-on Retina display that offers 20% more screen and 40% thinner borders. You can get it in five new aluminum colors, including black, silver, green blue and red.

The screen has a deeper curves and the panel is 70% brighter, making it easier to view when far away. The Apple Watch Series 7 also comes with larger buttons, and offers new ways to input text, including the full keyboard with the QuickPath feature. Thanks to the size of the screen, you can also fit 50% more text on screen.

The new watch faces are modular, giving you the ability to place certain widgets on-screen. And according to the company, It’s the most durable Apple Watch ever and is now dust resistant as well as water resistant.

Apple claims that the Apple Watch Series 7 has all-day battery life and charges 33% faster than the previous watch.

The Apple Watch Series 7 will launch later this Fall and will start at $399. Stay tuned for our upcoming review.

Positive update for the semiconductor industry

Reputation Management: What is it & How to Do it?