Another PS5 exclusive just got pushed back to 2022 — But there’s gameplay footage! 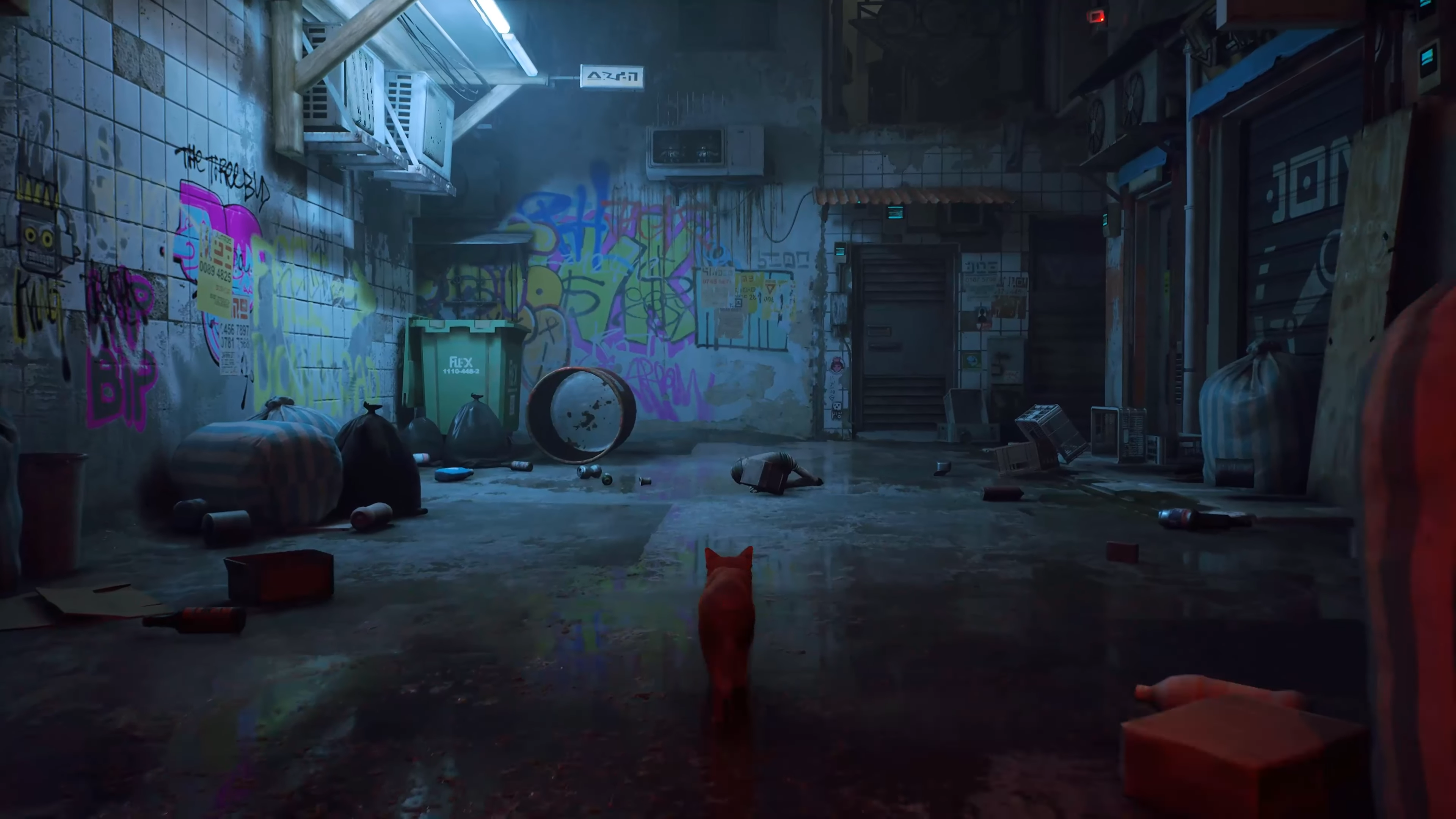 One of our favorite games from Sony’s Future of Gaming event over a year ago now was Stray.  We knew next to nothing about it, but the beautiful environments and bizarre dystopian future featuring a regular cat as the protagonist was hard to resist.

Today, Annapurna Interactive released actual gameplay footage on YouTube with added details regarding characters and unfortunately a delayed release date for the game.

When last we heard about Stray back in January, the game was slated for an October 2021 release alongside Ghostwire: Tokyo. Fittingly, it now rejoins that game with a delay into “early 2022” and no specific date is available for either game yet. Moving past that bad news, we do get a look at gameplay footage and it remains intriguing.

We get a glimpse of some platforming and puzzle-solving with the cat using buckets to interact with the environment by blocking fan blades and breaking glass. You also meet up with a drone named “B-12” that helps you out and lives in the fancy electronic backpack that you start sporting at that point in the gameplay footage.

The nearly five minutes of gameplay still leaves a lot of questions unanswered, which is absolutely intentional as some of the game is meant to be a mystery. The story behind the presumably sentient robots populating the forbidden city is likely part of what you are trying to understand as you also seek to get back to your family.

The previous trailer had simply given us a look at basic exploration, but this trailer revealed that there are hostile inhabitants of the city that you will first need to flee and then learn to fight. It definitely adds another layer to the game that was apparent in the early look.

Intelligence aside, the cat is still a cat and you do get wonderful moments of it simply pawing at a cough or curling up on a pillow. The art design of the odd world and the incredibly well-realized animation of the cat all still draw me in, but I’m sorry that this is yet another PS5 exclusive that I’ll be waiting months longer to play.